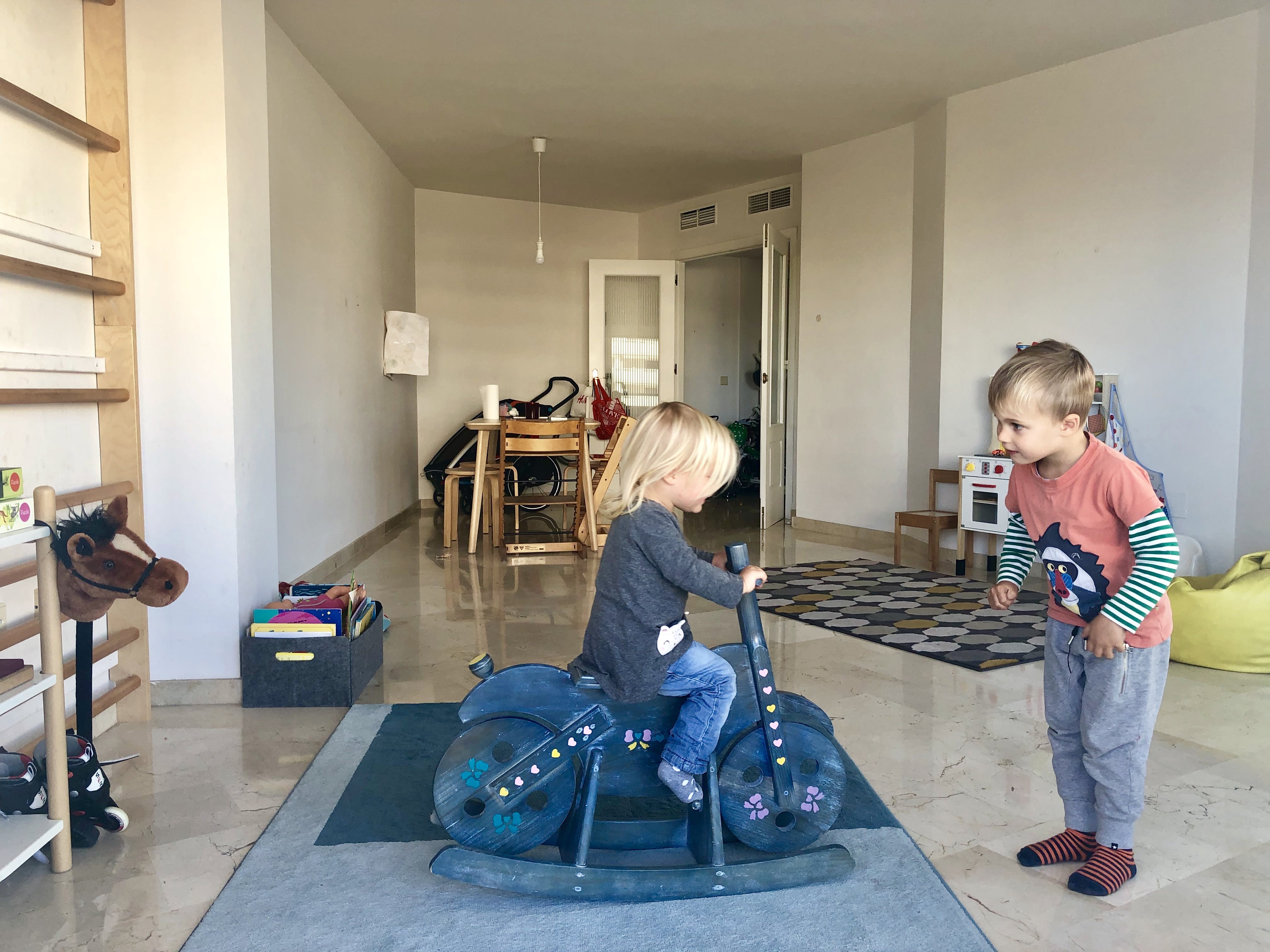 This is easy in writing and hard in practice. We are using the extra room in our apartment to keep all the things that we are ready to sell or donate. When they’re there, I take pictures and place ads on the Facebook Marketplace and the application Wallapop.

How are you getting rid of stuff?

I’m using the same system for everything.

For the past few months, I’ve been purging: I created a “purgatory” place in my closet and another one in my bathroom cabinet. Every two weeks, I get rid of stuff that I haven’t used or worn in the past two weeks. I put them in the purgatory.

After two weeks, if I have taken something back from the purgatory, I keep it in my “keep” closet and cabinet: it means that I’m not ready to let them go or that I need to take them with me. As for the stuff that I haven’t taken back, I move it to my donate/sell room.

Clothes: I’m letting my friends go through my clothes, and whatever they don’t want, I’m giving to charity. I picked an association called Angeles Malagueños de la Noche as they give everything directly to people in need (so there’s no selling involved).

I’m also aware of the facts that I’ll still be living a normal life until June, so I’m keeping a couple of outfits to go salsa dancing, for example, and a few other things that we won’t take on our travel.

Furniture: I’m trying to sell everything for half the price I bought it. Whatever I don’t sell will go to charity at the end of February.

Kitchen stuff: I’m placing ads of everything, even things we use every day (we rented the apartment completely empty so everything in it is ours) and in the ads I’m writing that they will be available at the end of February. It’s working well so far and people have been understanding.

How are you living without furniture?

It’s crazy how little you REALLY need to live, and how much stuff we own that we can do without. We’re quite minimalistic, yet you should see the amount of stuff we still have to get rid of (I’ll show you in my Instagram stories).

Right now we’re living without a couch, bed frames and pots (we’re cooking in an old paella pot that we will donate at the end of February).

I was keeping the kids stuff till the end of February (and the play corner for my blog photos), but I’m stressing about how much stuff we still need to get rid of, so I decided that next week all the buyers will come and collect. I need to see progress. 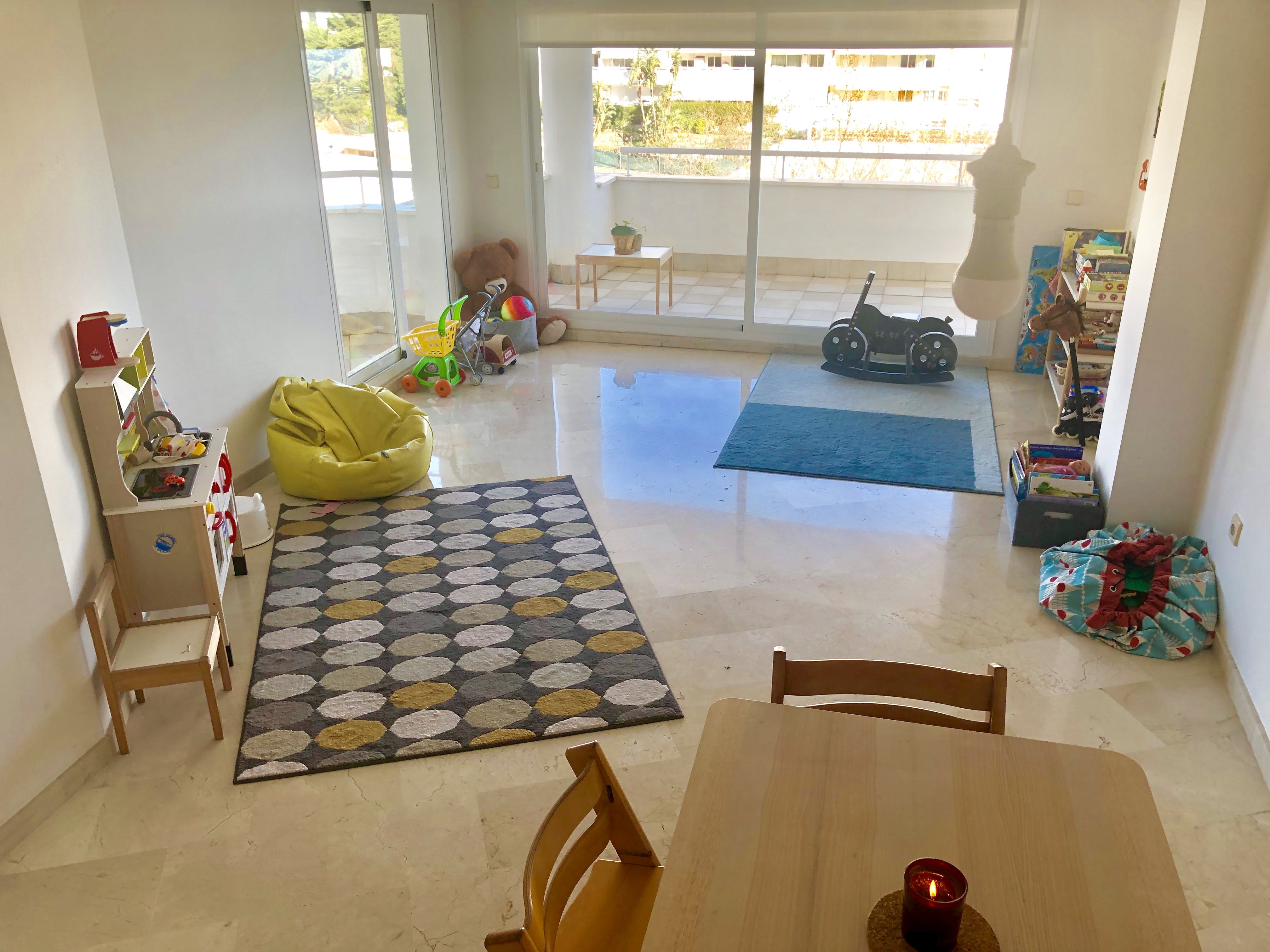 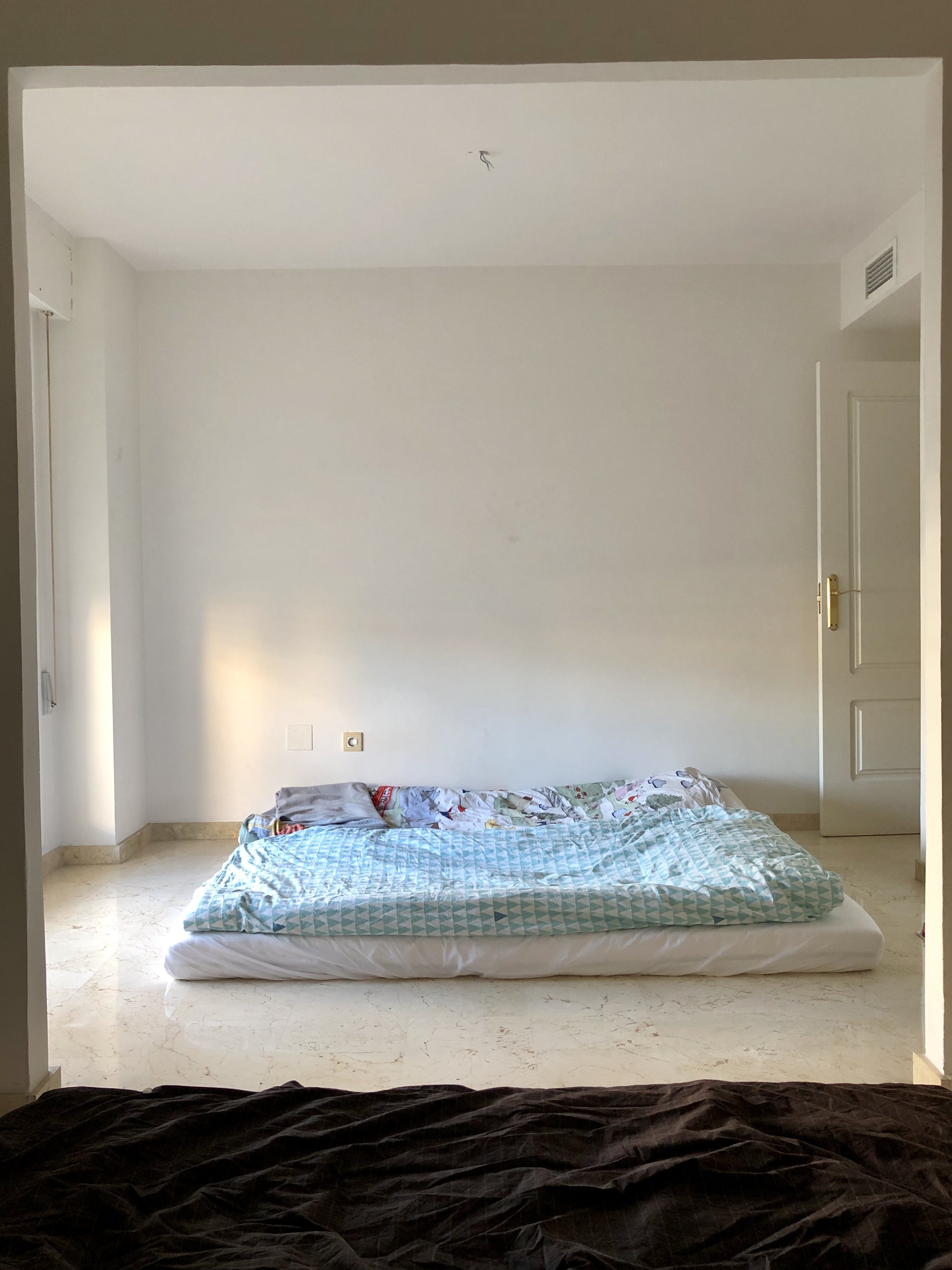