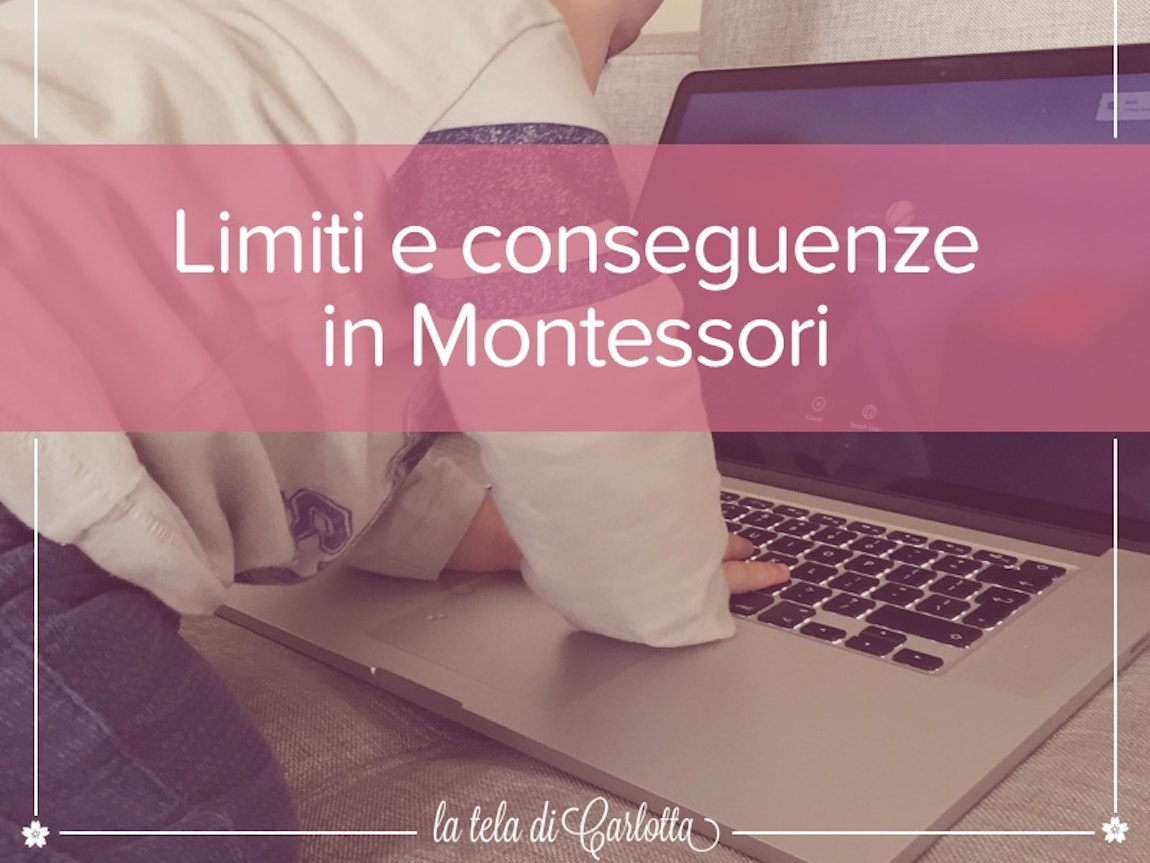 Although I almost always write about the practical aspect of Montessori, because I believe it’s a great way to start implementing it in our lifestyle, I don’t want you to think that Montessori is just that.

The most important part in Montessori is the transformation of the adult, because the education of our children starts from the parents.

So today I’d like to tell you something that I find crucial to raise our children Montessori: expose limits in a positive way and always explain the consequences.

What does it mean to expose limits in a positive way?

It means to stop saying the classic NOs, forget those unfounded threats, and instead explain to your children what they can or can’t do in positive way, laying down the consequences.

Of course, one thing is exposing the limits, and a different thing is that our children agree with those limits.

It’s very important we keep in mind that children begin to understand limits when they’re about 1.5 years old, and that they are fully prepared to obey only when they’re 4-5 years old.

Until then, it’s very common (and understandable) that sometimes they decide to respect the limits we give them, other time they simply prefer to ignore them. When this happens, it’s also important that we parents remember that our children are not trying to test us or challenge us (although I know it often feels that way), they’re simply unable to understand or obey yet.

We have to respect their natural stage of development, possibly without labelling them “naughty” or “bad” when they do something we had asked them not to do. We’ll explore “labels” more in another post.

Does this mean we shouldn't set limits before our kids are ready to understand them?

No. Limits are healthy and make children feel more secure. Parents also need limits, because as Maria Montessori said, “limits are more efficient when they’re the same for everybody, including the adults”.

By setting limits early, we also give ourselves more time to understand what limits are important to us and practice what words to use to enforce them.

When our kids will be old enough to understand and respect the limits, the way we express them will make a big difference. Here’s three simple rules you can follow to set limits for your children (and yourself).

It takes a lot of practice, and the most difficult part is that you won’t see the results right away, but if you persevere you will see the benefits in the near future and living with your little humans will be easier and more enjoyable. As in everything, consistency is the key.