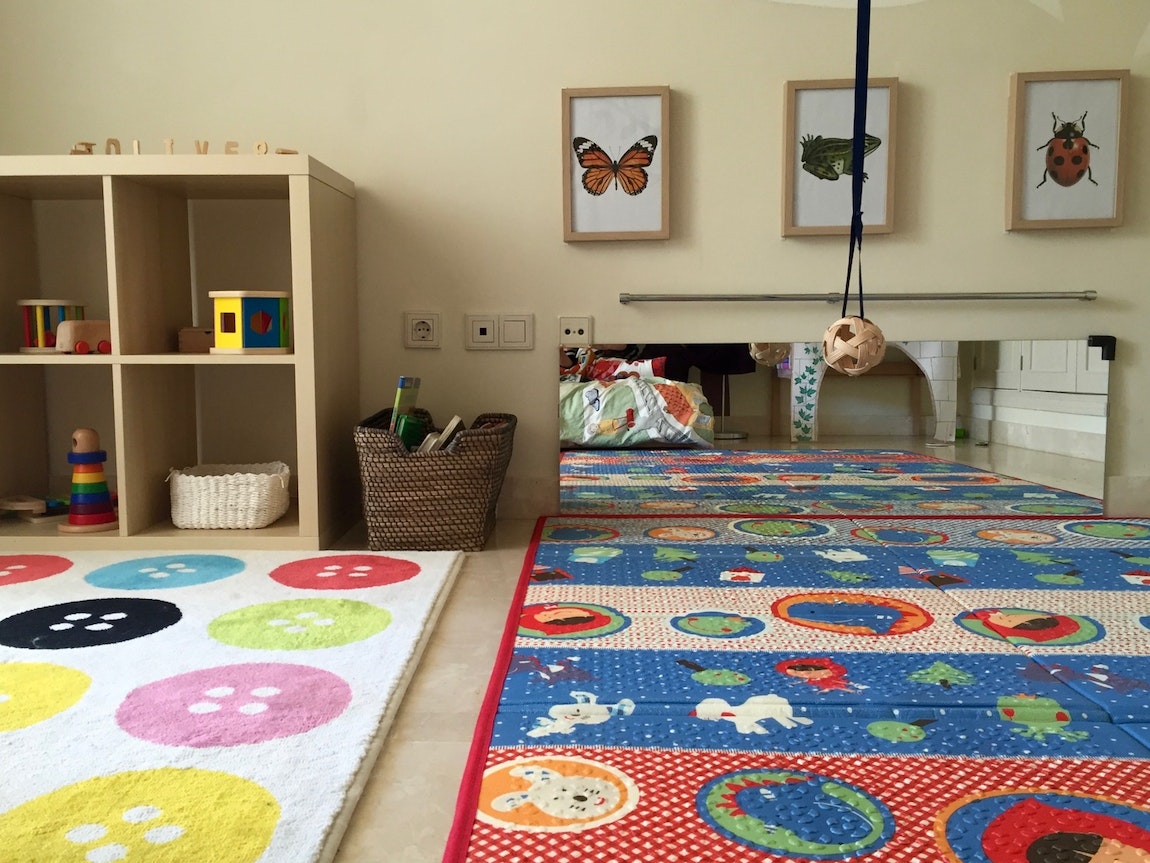 After the post about our prepared environment until Oliver was 6 months old, many of you asked how it evolved. So finally today I’m going to tell you just that.

Until now, I’ve always followed Oliver and changed things around only when he made me understand it was time. For example, I took away the last Montessori visual mobile The Dancers when he stopped being interested in it, although theoretically I should have done it before.

When Oliver started crawling at seven months old and lifting himself up on anything, I understood it was time to update the prepared environment in his Montessori room (by the way, did you know we made it all in IKEA?). And so I did.

I turned the shelves that were previously delimiting the play area against the wall so Oliver would have more room to play and move around.

I exchanged his small play mat for the big one we were using in the living room. I was then thinking about replacing it with something with more sober colours, but I never got around to doing that. Our mat is from Imaginarium, but this (182cm x 137cm) or this (142cm x 107cm) by Skip Hop would be great alternatives.

We installed a bar on the wall above the mirror (a common bathroom bar for towels that we bought in Leroy Merlin). This way, Oliver has one more standing surface to use for his squat exercise and as you can see from the picture below, he also loves putting objects on it. I wanted to put another mirror on top of the bar, but I never managed to go to IKEA so it stayed like that. 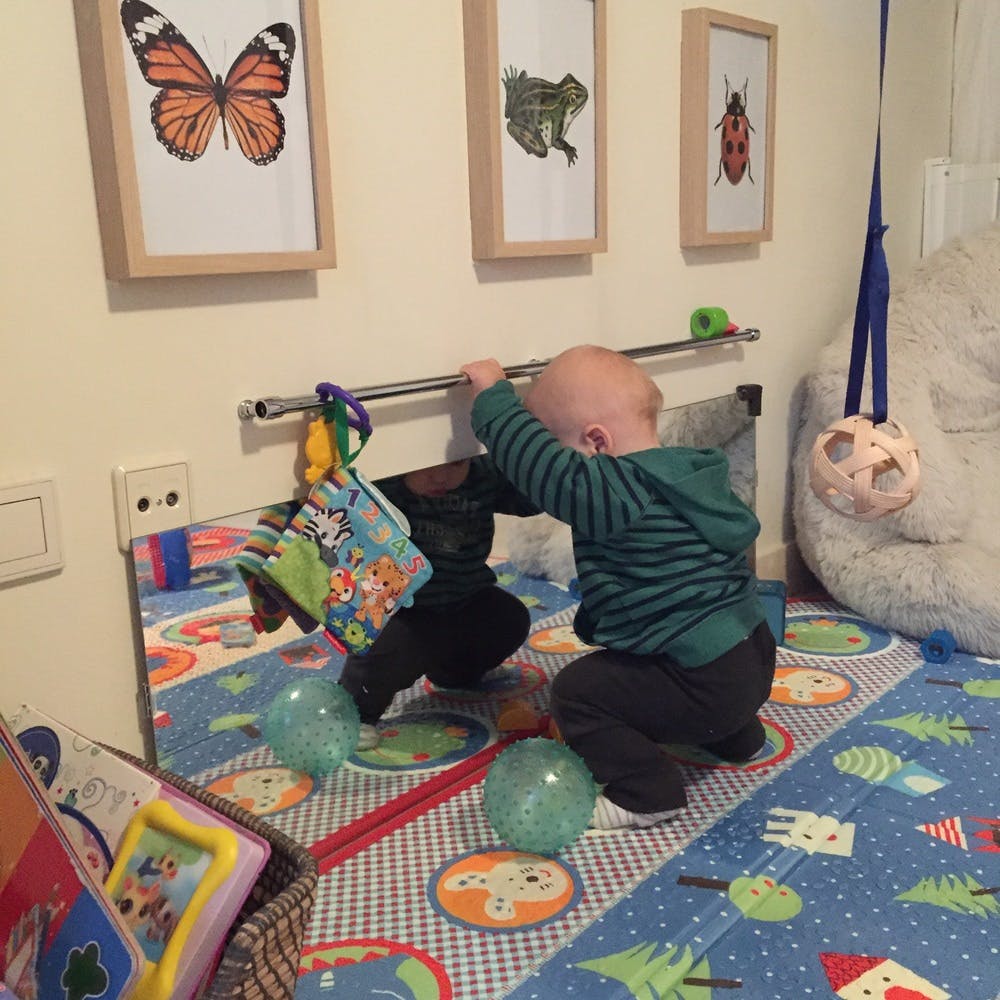 On top of the bar, instead, I placed the frames that were previously on the shelves. Oliver loves to look at them from close and touch them. The frames are from IKEA and no, they’re not walls ones: I used bio adhesive to hang them. So far we’ve used these images (that you can download for free on La Tela).

I also created a stronger support for the grasping and batting mobiles (in the picture, you can see it with the Pikler ball) that we started using after the series of the visual Montessori mobiles. Here you can read how I made the support and hung it from the ceiling. 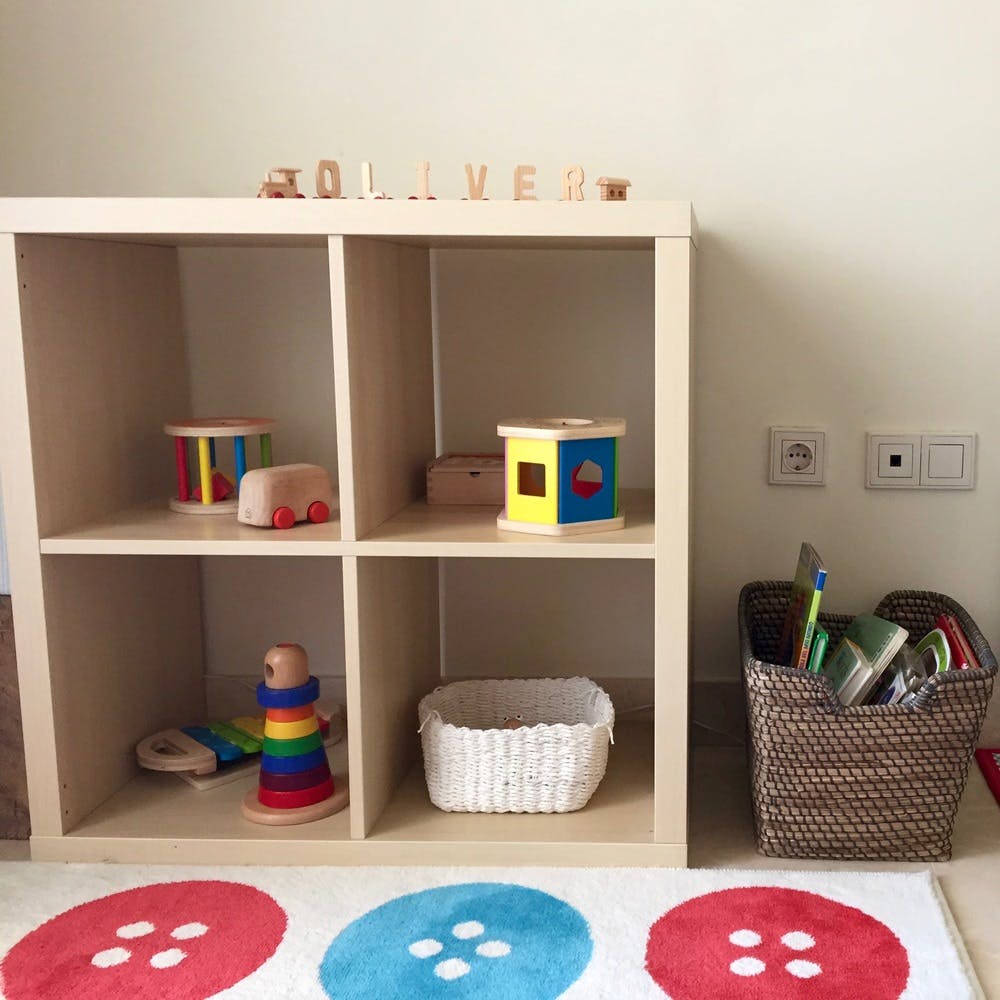 Last but not least, our shelves are now even more empty than before because we decided to have only four or five toys (all wooden and with no lights nor sounds and we’ll try to keep it this way as long as possible). Here you can see in more details what we’ve had on our shelves so far, but with Oliver’s first birthday coming up I have a feeling I’ll need to update that post.