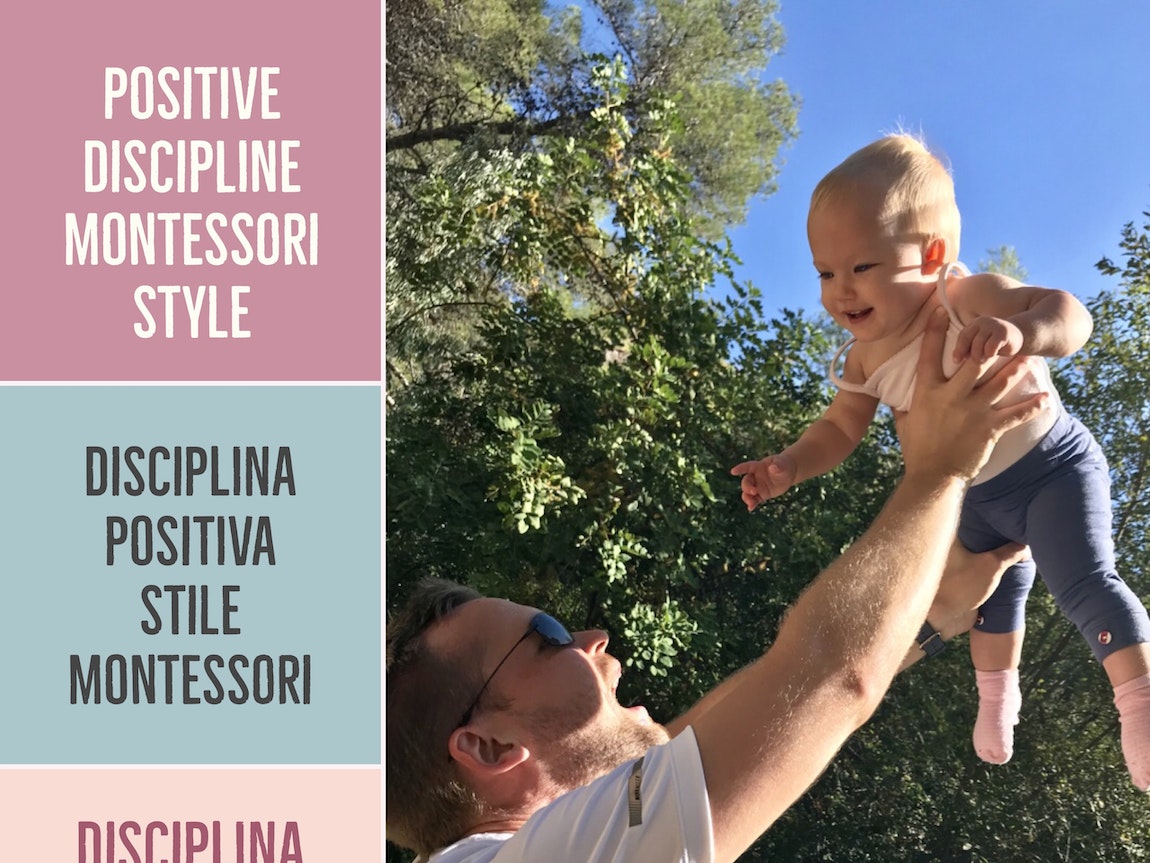 Oliver has always been a very gentle boy. He never hit, bit, pushed. Actually, he was always at the receiving end of hitting, biting and pushing. Lately, though, he’s started standing up for himself, and when he’s pushed, he pushes back. Sometimes he even pushes first. On one hand, I’m happy he defends himself. On the other hand, pushing, biting and hitting are not behaviours I accept, no matter if “all kids do it”.

As a Montessori fan, I don’t believe in punishments: I read on several books and articles (not only Montessori ones) how children under the age of three are psychologically incapable of understanding punishments and discipline. But I thought physical violence was an exception (any kind of physical violence—biting might seem worse because it leaves a mark, but pushing, hitting, and pulling hair are in no way better and more acceptable). I thought that when faced with physical violence I’d have to be firm, say a harsh NO and give Oliver some time-out.

I talked to Oliver’s teacher Noelia about it, and what she told me was a complete revelation, that was only reinforced at Macarena Soto Reuda’s positive discipline workshop I took part in last month. And I want to share it with you, because the results I got from applying positive discipline and Noelia’s tips with Oliver at home are mind-blowing.

What is positive discipline?

One day, I got to school to pick Oliver up and all the kids had their hands against the wall and were pushing. The teacher was asking them to push harder. When I asked, she said they were pushing the wall instead of pushing each other. She explained:

“Toddlers between two and three don’t hit, push or bite because they’re mean. They push, hit and bite, sometimes because they see it done by other kids, but most often because they NEED to push, hit and bite. It’s a real necessity in their developmental age. Our role as teachers and parents is not to punish them for this behaviour, but to guide them by offering them an alternative. When they push a friend, we ask them if they feel like pushing; if the answer is yes, we ask them to push the wall, instead”.

It made so much sense to me.

A few weeks ago, Oliver started kicking our dog Colbie. Alex and I don’t kick Colbie, so it’s definitely not a behaviour he’s learnt from us, and no matter how many times I asked him not to do it, and explained that Colbie hurts when we kick her, he would not stop.

After talking to Noelia, I tried to put positive discipline into action. Every time (consistency is key!) that Oliver kicked Colbie or went even just near her with a naughty face, I asked him if he felt like kicking; if he said yes, I offered him the ball, and said “Kick the ball, then!”. It took a couple of days, but then the kicking stopped. Now he brings me the ball, says ”Oli kick ball”, and we play together. As a result, not only poor Colbie can breathe again, but Oliver’s kicking skills are improving tremendously! ;-)

Positive discipline in every day life

Sometimes it’s very hard to remember—especially when our kid behaves in a way that we don’t like, when we feel bad or mortified, or when our kids are the “victims” of other kids’ “misbehaviour” (in quotes because what we, adults, see as a misbehaviour, for a kid is just natural).

But as soon as we understand why they do it, we accept that they’re not ”being mean”, they’re not “misbehaving”, they’re not “challenging us”, and we take the time to guide them by giving them an alternative behaviour/activity, it’s mind-blowing how fast you can turn it around.

Lately I use this “trick” with everything. Before, I used to get upset at Oliver when he repeatedly did something wrong, I’d say NO, “we don’t do that”, “we don’t hit”, “we don’t throw our toys”. It’d always end up in a power struggle—and the thing is, you never win with a two/three year old!

Now everything is different. If Oliver bites the couch, I give him a towel or a carrot to bite. If he throws a toy at me, I give him the ball to throw. If he hits Colbie, I ask him to hit the couch or the table. If he throws water out of the bathtub, I ask him to splash the wall instead… It took a while to change our behaviour and reactions, but now I can see a big improvement and my life is so much easier.

Outside I find it more complicated, because you need a thousand eyes when kids play together. You need to be on top of them at all time, and be ready to have a strategy to fix a problematic situation. My strategy is to remove Oliver from the situation, explain why a behaviour is not nice, and offer him an alternative.

The other day he bit his best friend Bella on her hand (she pushed him to get on “his” swing and, for the first time ever, he bit!): I removed him from the situation by leaving the coffee shop, I put him in the car, explained why I didn’t like what he did, and offered him Emily’s toy to bite (the only thing I had available). He put it in his mouth, and fell asleep like this: 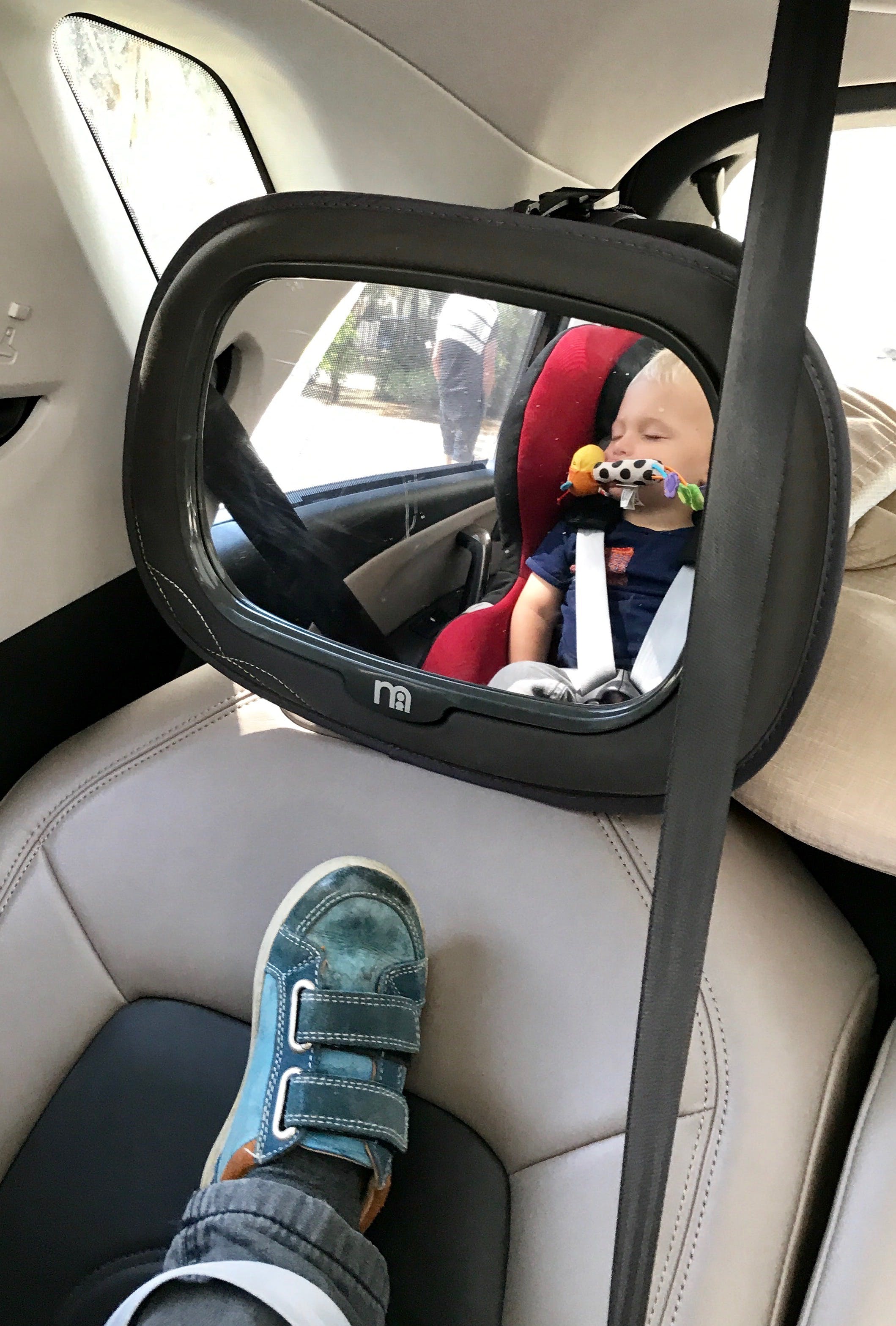 Let's give kids the benefit of the doubt

And one more thing, that I feel parents (myself included) forget way too often, and I’ll quote Marta from pequefelicidad in her beautiful post: “Children don’t challenge us, children are not bad or mean, children don’t blackmail us. Children are good. Their soul is pure”. Let’s give them the benefit of the doubt, always.

“Kids don’t develop the ability to control their will before the age of five, and until then their impulses are much stronger than their ability to obey. They’re getting to know the environment, and themselves. Let’s be patient and understanding. Consistency is the best seed to raise kids who’re capable of reasoning and can tell good from bad independently”.