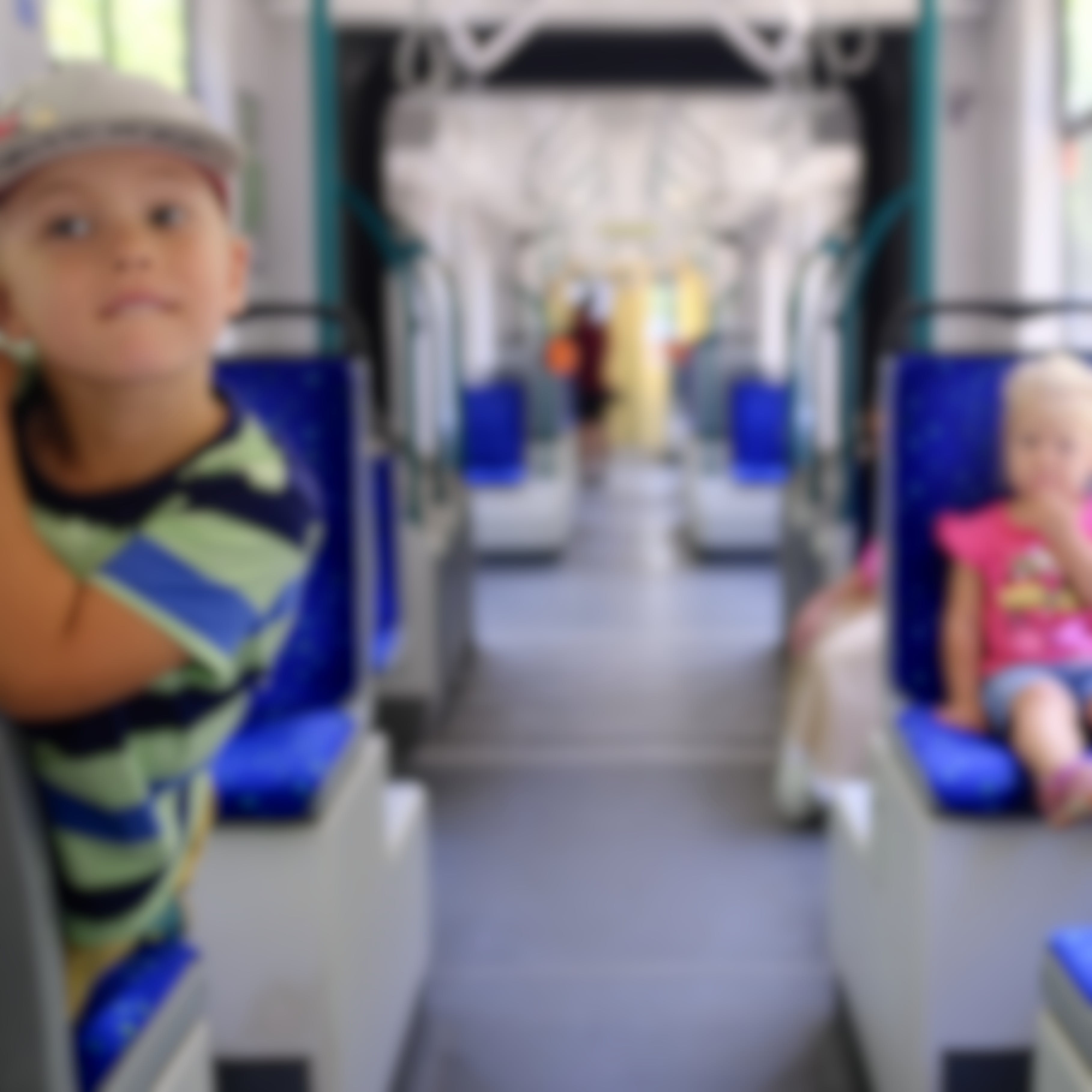 take him by train to their grandmother

to spend the summer holidays,

and then they go back home

on the same train the next day.

One day the little boy tells his parents:

Can I go to grandma's house by myself?".

After a short conversation,

They wait for the train to leave,

they say bye-bye to their son by giving him

some advice from the window,

"I know! You've told me more than a thousand times".

When the train is about to leave

his dad whispers in his ears:

"Buddy, if you feel lonely or insecure,

And he puts a piece of paper in his pocket.

without his parents for the first time.

He looks at the landscape from the window,

strangers crowd around him,

they make a lot of noise,

enter and exit the wagon.

The controller makes some comments

about the fact that Martín is alone.

A person looks at him with inquisitive eyes.

every minute that passes.

Now he is afraid.

He lowers his head…

he feels alone and insecure,

he has tears in his eyes.

Then he remembers that his father

put something in his pocket.

With a trembling hand, he looks for it.

He finds the piece of paper and reads it.

we must let our children go,

we must trust them.

But we can always be

in the last car, observing them,

in case they are afraid or

find obstacles and don't know what to do.

I translated (and adapted) this story from Spanish, the author is unfortunately unknown, but if you know him, please write it in the comments because I would like to give him credit.

I find this story sweet and accurate. It feels exactly like the parenting I want to offer my children.

beautiful and inspiring!
just one comment: what if Martin did not get scared, and come out of the train and saw his daddy in the last car? would this lower his confidence? how to balance these considerations?
I don't have an answer here, as I would be there as well, observing from distance, and being there in case of need. But what if the child's reaction would be "why did you come? why were you there? didn't you trust me?" - sometimes you can observe without being seen, other times is more difficult: how to balance?

Thanks for your comment, it's food for thoughts. I feel there's a potential downside to everything we choose to do as parents (and as people?), I guess we can only weigh both options and go with the one that *we* feel more confident about or comfortable with. Maybe in that case, the dad could have replied "I do trust you, I trust you very much. I came only because *I* was very nervous. You know, it's the first time for me, too". Being honest is the best we can do :-)