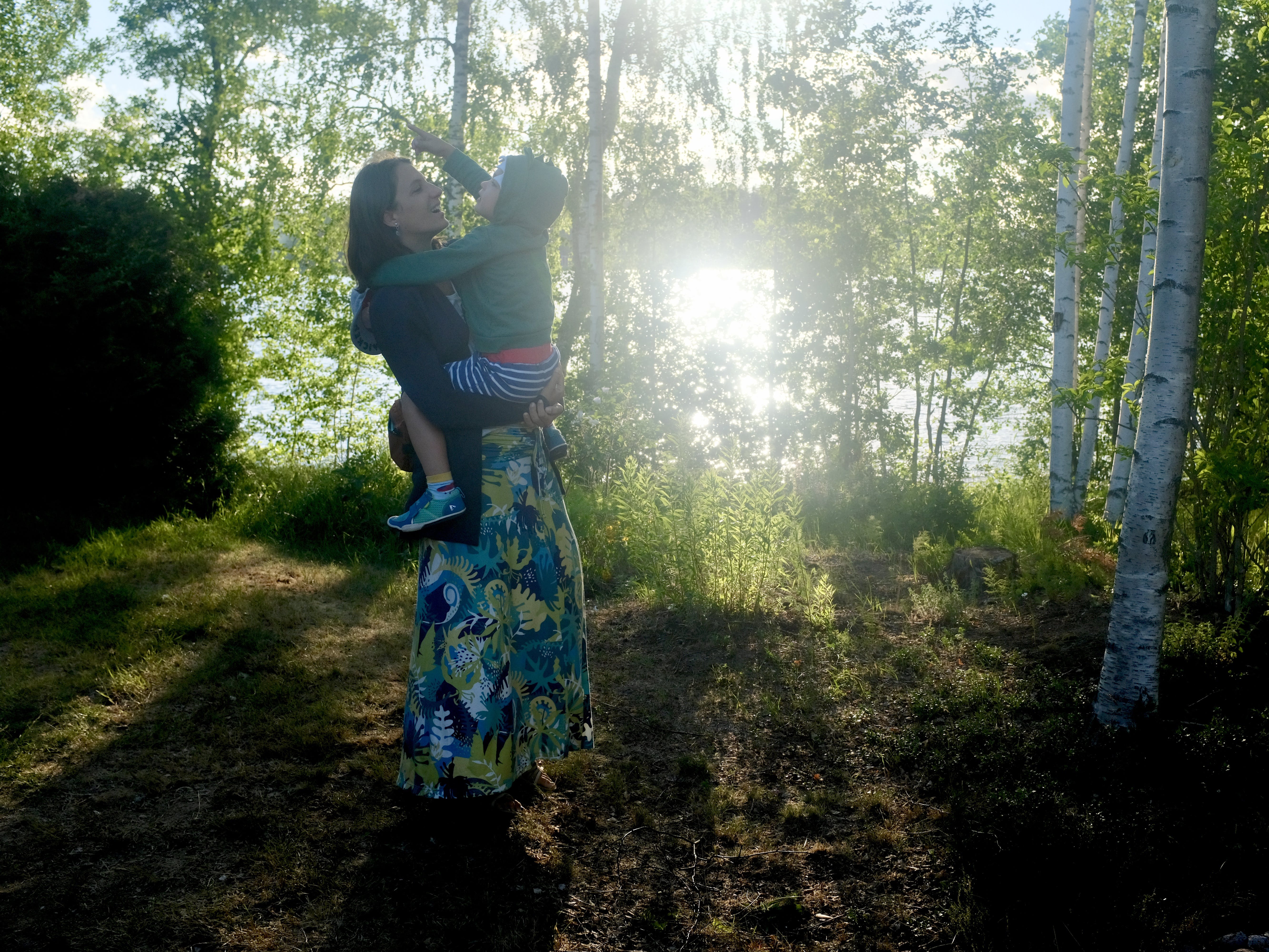 Unconditional love. That’s what we owe the people we bring into this world.

Our love is too often conditioned. When we temporarily withdraw love because of their bad behavior. When we respond to their crisis with anger and frustration. When we talk to them like they’re less. When we act like they owe us. When we believe we’re more because we’re their parents and they’re our children. When we threaten them, even just “behave or there’s no ice-cream”. When we feel like we’re in the position to teach them. All those times, we love them conditionally.

Oliver sometimes wakes up in a bad mood. We know as soon as he opens his eyes, and there’s not much we can do about it. No matter what we say or do, he’s not happy. His brain fixates on something that he can’t have — something absurd for breakfast, something new — and it’s endgame for everybody. We try and try and try, but we can’t get through.

One of those day, we were in Budapest and we had gone out to visit the centre. Oliver wanted ice-cream: he had one the day before and I had said we weren’t going to have one today. He kept saying it relentlessly, and we kept asking him to stop. He became so unbearable that we decided to reach a compromise in an attempt to save the day: we told him we could consider ice-cream after lunch. He didn’t accept that either. It was now or now, no compromises.

He stood in front of an ice-cream shop and wouldn’t move. I went down to his level, took his hands, looked at him in the eyes, and told him calmly: “I see you want an ice-cream. We can have an ice-cream right after we have lunch. Shall we go have lunch right now?”. It didn’t work, my words were not getting through to him.

His standing in the doorway was preventing customers from going in, so I took his hand and gently moved him to the side, but he yelled “NO!” and went back. That’s when I lost it and started carrying a screaming, kicking, punching Oliver through the centre of Budapest while everyone was looking at us.

I kept walking and holding him tight so he couldn’t get away. When we found a private place, I sat with him down on a bench. He hugged Alex, he was sobbing. I took a moment to breathe — a luxury I don’t always have in these moments — and I calmed down, but I was sad about how it went, that I couldn’t find a better way, that maybe I wasn’t strong enough to control my emotions.

We waited for him to calm down, then we walked to the first cafe to eat something. After lunch he went to sit by himself on a nearby bench and stayed there for a long time. Whatever he was thinking, it was clear he needed his space. When it was time to go, I went to sit next to him, he hugged me and I apologized. He then fell asleep in the stroller, and we reset the day.

While he was sitting on that bench, Alex and I talked. We thought of what we did wrong in the morning, what we could have done differently. We realized it probably wasn’t about the ice-cream, it was about us calling all the shots and him wanting to have his way in something: letting him decide where to go and following his lead might have had a better outcome with no need for a meltdown.

We reminded each other that we’re in a new house in a new city with new routines, and it’s hard for everybody. We talked about some sentences that we should avoid and replace with more respectful, less conditioned ones.

We also acknowledged how hard it is with him sometimes, how much we struggle to understand him, and we admitted to each other that we feel less love towards him when he is like that (I find it so important to say the uncomfortable truths).

But we also agreed on two things:

Every time we fail and think of ways to do it better, we evolve as parents and the next day we start fresh again. With even more patience, even more understanding, even more love.

Only if we accept that our children don’t owe us, we owe them. That we have little to teach them and lots to learn from them. That the size of our pride is directly proportional to the failures of our parenting. That when they “challenge us” and make us struggle, it’s not about us, it’s about them. That the way we act, and behave, and talk to them shapes the way they act, and behave and talk to us.

Only when we accept all that, can we raise our children with respect and welcome a new, alternative education, maybe different from the way we were raised.